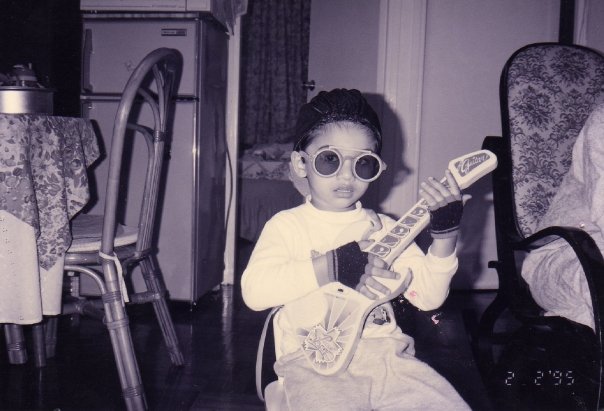 There was an odd mix of racism and a pleasant lack-thereof in my life when I was growing up. Now that I’m an adult, I feel like my race has become something I’m forced to think about much more often. A part of me would rather just ignore it. I’d certainly rather not be in my head about it. But alas, the colour of my skin is indeed a factor in my existence. Not the only factor, to be sure, but a factor nonetheless. Luckily for me, I live in Canada in 2019, which is a blessing. A lot of the racist stuff I’ve had to deal with lately is non-malicious and accidental, based on a lack of awareness, not hate. I’m pretty sure it’s still racist, but through stupidity instead of evil. Most people have to be quite subtle about it now if they are inclined to indulge in hateful and intentional racism.

The crudest and most childish racist epithet I’ve had slung my way actually came a few years before I arrived in Canada. During my early childhood in Hong Kong, there was a year when the other children in my class would frequently call me “Black Chicken” when we were out of earshot of any teachers. That type of racial slur was not abnormal on the schoolyard in the ’90s and early 2000s either. It was definitely more hush-hush in Canadian schoolyards than in Hong Kong, but it was there. As an adult, I’ve spent a lot of time leading afterschool programs for children. If one of the kids I work with nowadays called another kid “Black Chicken”, it would be a huge deal. Absolutely unheard of. Which is really nice. Unless it’s still happening and now I’m just in the position of being the adult that they make sure they’re out of earshot of.

Shit that is not as cartoonishly racist as “Black Chicken” but that is similarly crude is still happening in Canada in 2019. Even in Vancouver, BC — which is about as liberal as you can get outside of Portland, Oregon (and even they have their militia folks). I’ve had to end business relationships because of racism within the last four years. In 2016 I had a client go on a matter-of-fact rant about how I should shave my beard off so that I don’t look like a terrorist, and about how beards look different on white people. He also told me how he had given the same advice to a teenage Sikh boy on his son’s soccer team. He was the team’s coach. In his eyes, I think he saw himself as being a kind of courageous straight shooter. I also think he saw me as a thin-skinned coward for terminating our ongoing contract because of this interaction.

What he said hurt me. I care quite a lot about how I look and about how other people see me. When I see myself in the mirror I don’t look like a terrorist, I look like a rockstar. If I look at myself at the right angle I think I look like Jason Momoa. That is until I remember that there are some people for whom the combination of my brown skin and my beard evokes feelings of fear and of anger.

My mother has faced uglier racism than I have. She was refused service because of her skin-colour, at a coffee shop in Surrey, BC in 2008. She had gone to get some bloodwork done that day, in one of those odd office buildings that are filled with different medical services but aren’t connected to a hospital. She was feeling a little bit physically weak after having blood drawn, so she went to the coffee shop on the bottom floor of the building. When my mother went to order, the white woman behind the counter seemed like she didn’t want to interact with her. My mom needed some tea so she carried on anyways. She asked the woman about how big their medium-sized cup was. When she asked this the white woman behind the counter mumbled “you people” at her. My mom glared at her, and said something like “excuse me?” And then the woman told her to go away. She would not answer my mother’s very simple question or continue the conversation. The implication was clear. My mom glared at her, swore at her in her head, then left the store, embarrassed and angry.

I remember being sad and confused when this happened. I wish I had done more at the time. I remember thinking we should go to the news. But my mom didn’t want the controversy and media that the story might have attracted to become something she would have to deal with as part of her life. It was also the type of racism that was sharp and painful, but simple enough to deny. We let it go because it was easier to make it go away that way.

Other than shitty comments about my beard being terrorist-esque, my experiences with racism as an adult light-brown-skinned man in BC have mostly been profiling related. I know out of experience not to sit in my black sedan parked outside an apartment building in a predominantly white suburb during the middle of the afternoon for more than a minute while waiting to pick up a friend, because a brown man in a black car looks suspicious enough to warrant calling the cops. Even if the cops themselves are very kind about it when they come. I know not to be surprised if I get stopped by security personnel mid-evening during a pretty tame bachelor party at the River Rock Casino, to have my ID double-checked and scanned into their system. I know that when my white friends angrily offer their unasked for IDs as well in an act of solidarity, the security there will politely decline because apparently they aren’t considered a threat in the same way as their brown friend. I know that a cross-country road trip without the protection of a white friend (probably a white man, to be safe) is out of the question for me because not all of Canada (let alone the USA) is a safe place for an ethnic looking stranger. And I know you may question if that last one, or several of these, are just in my head.

I question it too. Sometimes I wonder whether I might just be wrongly classifying these painful bits of life as being based in other people’s biases when in fact they are the product of random chaos and suffering. But it really does seem to me like there’s a pattern here. It is certainly possible that the relatively minor racial pain that I’ve felt has made me paranoid. That being said, I have been lucky, compared to others, in terms of the amount of race-related pain I’ve experienced. The racism I’ve encountered personally is a tiny blip of pain when compared to the physical and mental pain and deaths inflicted upon many people because of their race in the last year alone. I wonder if those who have faced much greater suffering than I — because of their ethnicity — have also found themselves questioning whether or not the source of their pain was all in their heads as well. I mean, having really blunt bigots throw in racial epithets along with their actions certainly clears up any confusion for all involved, but identity-based hatred isn’t always that cut and dried.

There have been long periods of my relatively short life, during which I haven’t felt like my race made me particularly different. I don’t go through my life consciously thinking about the fact that I’m a brown man every day, and for that, I am eternally grateful. I mostly just get to think of myself as a person. I have the privilege to be free from the daily pain of othering myself. I am not typically made to feel disconnected or alienated from the people in my country and my communities. This is a privilege I attribute to the sacrifices of those who came before me, who endured discrimination and othering for centuries and paved the way. I feel a particular debt and gratitude to the many Sikh immigrants who normalized having Indians around in metropolitan Canada. My life is built on the sacrifices of immigrants who came before me and the kindness of those who treated them with dignity and compassion. Many people have worked together to change hearts and minds.

Despite how fortunate I have been, I don’t think that my life is the same as the life of a white man. I think that it’s different in ways that are because of my race, and in ways that feel cruel. But race is not the only dimension on which cruelty, misfortune, and privilege exist. It seems to me like every individual faces a different unique combination of fortune and suffering in their lives. Each individual’s combo-platter seems to be a side dish of luck served with a main helping that’s made from a granular combination of race, class, and gender in a time and place. So what am I suggesting? What’s my point other than a 2500 word personal pity party?

I think we could try to make the world a little kinder, by actively acknowledging and remembering that each of us has our own granular combination of life experiences and contexts. Systemic privileges (or lack thereof) and individual privileges (or lack thereof) interact and smash into the randomness of existence. In a way, we are all the same. We all have an undeniable soul, a spirit that is us and is connected to all others that have been, are, and will be. But we are not all the same in terms of the ways we are likely to face suffering, and why. Trying a little kindness, and keeping in mind this paradox of sameness and differences, especially when interacting with people on an individual level seems to me like a gentle way to move towards a better tomorrow.

Thinking about Family, Meaning, and Loss at Christmas

Courage is Complicated during COVID-19